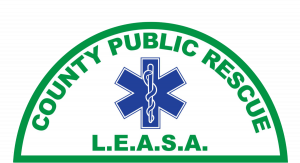 Menu
LEARN HOW TO BE AN EMT!

During this initial period, LEASA tried to complete its goals by contracting the delivery of service through the private providers operating in Logan County at that time. This, however, proved unsatisfactory. LEASA then tried to provide service through the volunteer fire departments. Finally, it was decided LEASA would provide the service directly.

In May of 1980, LEASA founded “County Public Rescue”, an Ambulance and Rescue Service. The operation consisted initially of three volunteer squads (Man, Chapmanville, and Logan) which provided service to those communities.

In June of 1980, LEASA expanded its paid staff to six (6) fulltime EMT Driver/Attendants and two (2) dispatchers. The paid staff provided continuous coverage to all of Logan County, with supplemental help from the volunteer squads.

In July of 1982, LEASA improved the level of care to our residents by adding “Mobile Intensive Care Paramedics” and provided “Advanced Life Support.” LEASA improved response time in September

1983 with the opening of a full-time paid station in Chapmanville.

1986 marked the passing of founding board member Paul Hale.

In 1987, with the aid of an excess levy approved by the voters, LEASA was able to improve services to the county by the addition of stations in Man, Sharples and Omar, thus bringing LEASA’s operations to five (5) stations. 1987 was overshadowed by the passing of another founding board member Dr. John Haddox.

In 1988, LEASA established a station at Harts bringing the total number of stations to six (6).

In 1997, LEASA established the first HazMat technician response team in Logan County. The team is comprised of Firefighters and Paramedics.

In 1997, paramedic training was moved to Southern West Virginia Community and Technical College (SWVCTC) through an agreement between SWVCTC, LEASA and the West Virginia Office of Emergency Medical Services. Chris Tipton was named the Lead Instructor.

In 1999, the closing of Man Appalachian Regional Hospital was announced leaving the LEASA as the primary emergency provider in the southern part of the Logan County. This placed additional strain on LEASA resources and changed our method of delivery.

In 2000, in response to the opening of the Hatfield and McCoy Trail System, LEASA added an ATV Rescue Team to its Rescue Squad. The year 2000 was marked with sorrow with the passing with two (2) of its founding board members, Dr. Mark S. Spurlock and Mr. Charles Dillon. Dr. Spurlock was an avid supporter of LEASA both as President of the Logan County Commission and Board Member. Both Spurlock and Dillon help develop the vision build the LEASA response System.

2001 witnessed the attacks that occurred on September 11, 2001. LEASA became a leader in the training and implementation of the National Incident Management System (NIMS).

2002 was highlighted by responses to floods and water rescues.

In 2003 LEASA took delivery of a new “state of the art” critical care transport truck, provided emergency care for the “Massey Picnic” and responded to Hurricane Isabel.

In 2004, LEASA celebrated its Twenty-fifth Anniversary and it reported 15,301 calls with an annual budget of $4,501,125.00. LEASA mourned the passing of long time Director of the Logan County Office of Emergency Services, Jim Singleton, who was a “friend of LEASA.” LEASA again was on flood duty with the flooding of Island Creek.

2005 was a busy year for LEASA. LEASA crews responded to Hurricanes Katrina and Rita. 2005 also witnessed the passing of West Virginia Office of Emergency Medical Services Director, Mark King and our beloved board member, Joe Morrisette.

2006 was eclipsed by the Alma Mine tragedy at Melville. LEASA also provided services for a bigger Massey Picnic. Five (5) new board members were also added in 2006.

The hallmark of 2007 was the passage of the “EMS Retirement Act” which provides for the establishment of a pension for EMTs and Paramedics similar to Firefighters and Police pensions. LEASA and Logan Regional Medical Center hosted the 2007 “EMS and Firefighters Competition.” LEASA also participated in the first test of a mine rescue chamber.

2008 witnessed the passing of another beloved past board president Ruth “Sis” Ware. Sis served as president during LEASA’s greatest growth period in 1990s. LEASA was again, on hurricane duty responding to Hurricane Gustav.

In 2010 the voters once again showed their support by approving an excess levy by ninety-four percent (94%).

In 2011, LEASA personnel responded to New York to support rescue efforts during Hurricane Irene. The spring flood of 2012 along the Mud Fork, Copperas and Island Creek watersheds required much of LEASA’s attention and resources during the year. Increased compliance and regulatory requirements necessitated the development of the “ HIPPA Security Manual” in 2012 and increased security and compliance policies.